As is well known, there are two stages of marriage, kiddushin and nissuin. Kiddushin is referred to in the Torah as erusin, and nissuin is referred to as either kicha, taking (“Who is the man who has betrothed a woman and not taken her” – Deut 20:7) or beulat ba’al, a woman who has had sex with her husband (see Deut 22:22-23). The first stage is the formal, legal status of the marriage, with all its halakhic implications to the outside world (she is considered a married woman and the laws of adultery apply), whereas the latter is the actualized reality of the marriage, when the couple begins their lived life together as husband and wife.

Rambam, in the beginning of his Laws of Marriage, emphasizes the distinctiveness of this institution, pointing out that prior to the Giving of the Torah, marriage was defined only through the act of sex, without the prior stage of eirusin, whereas with the Giving of the Torah it is now defined by these two stages. What is the significance of having it take effect only through two distinct stages? It is possible that this institution was needed most a time when parents would contract a marriage when the daughter was still young, and the couple was not yet ready to begin to start their married life. Thus, eirusin was needed to create a binding marriage before the lived reality of marriage.

However, it seems that there is more to it than this, that the two stages are part of what creates the kedusha of the marriage. This is both indicated in Rambam’s language – that it is part of the distinctiveness of the Torah’s institution of marriage, and it is stated in the birkat eirusin – “that You have sanctified your People Israel through chuppah and kiddushin.” The significance of the prior stage of eirusin is that it defines the committed relationship – and the commitment to the relationship – in terms that are not just about the physical or the lived relationship together. Marriage, to last, requires a commitment to each other that must be prior to and at times must transcend the current emotional and physical relationship. To be clear, Judaism is against remaining in a dead marriage, (witness the last mishna in Gittin (9:10)). However, marriages will inevitably encounter difficulties, at times when the couple is pulling apart and the relationship is not so strong. Often, what will determine if a marriage can survive such periods is the degree of commitment that the couple has to each other and to the marriage. Is this a marriage with a prior eirusin, or a marriage that only is defined by the reality of the current relationship?

The laying of the foundation of commitment not only is necessary for the health of the marriage, it defines and sanctifies their sexual life together. Because eirusin precedes nissuin, the lived sexual life together now takes place in the context of commitment to one another, and is not merely the selfish fulfillment of one’s own physical desires, and – God forbid – the using of another person to satisfy these desires. Eirusin thus sanctifies the lived marriage of nissuin,”Who sanctifies His People Israel through chuppah that was preceded by kiddusin.”

Now, what is the nature of nissuin, of this lived relationship together? We have already mentioned the one most clearly mentioned in the Torah, the physical, sexual relationship. That this commences at nissuin, is evidenced by the prohibition in the Talmud for the betrothed couple to have sex prior to nissuin, a prohibition mentioned in the birkat eirusin: “That You have forbidden to us the arusot.” This prohibition is almost universally assumed to be rabbinic, since it was at times not kept in the region of Judea (see Ketuvot 12a and 7b), although some understand that it might even be Biblical (see Shita Mekubetzet, Ketuvot 7b). Even if the prohibition is only rabbinic, this is not because the Torah allows for a sexual relationship during this time, but rather because the Torah assumes that such a relationship would effectuate nissuin (see again Deut 22:22-23, and see Ketuvot 48b). Hazal, however, understood that a sexual relationship without effecting nissuin was possible, but for this very reason it was prohibited, since when occurring outside the context of nissuin it became a biat znut, an act of fornication, not sanctified by the context of the marriage.

The second aspect of their lived life together that begins at nissuin is their shared economic life, the building of a shared household together, with financial responsibilities and commitments. Significantly, Hazal understand that when the Torah refers to a woman being in her husband’s “house,” it is referring to the state of nissuin (so, for example, regarding vows – Bamidbar 30:11, and regarding eating Trumah, which according to the Yerushalmi begins Biblically only at nissuin based on beito, “his house,”- see Vayikra 22:21, as opposed to the Bavli which assumes that it starts at kiddushin based on kinyan caspo, “his purchase,” from the same verse). It is the shared household together, the economic realities of marriage, which is the second aspect of the nissuin.
These two aspects come together in the Torah’s obligation of she’er k’sut and onah (occurring in this week’s parasha, Shemot 21:11), which – although debated in the Talmud – is generally understood to refer to the husband’s obligation to provide for food, clothes, and to the obligation of marital sex.

This is the institution of nissuin. But when does nissuin begin? According to the Torah, as discussed above, it begins after eirusin when the couple has sex together. The Gemara (Ketuvot 48b) recognizes that this is the primary way it is effected in the Torah, but at the same time asserts that it is also effected Biblically by the chuppah (see also Arukh HaShulkhan Even Ha’Ezer 55:13-14).

What is the chuppah? This is never explained clearly in the gemara, and we find in the Rishonim three primary models: (1) The couple being in a private space, for the sake of nissuin, where they have the opportunity to have sex (Rambam Ishut 10:1-2); (2) The wife entering into the husband’s house (Ramban Ketuvot 4a, and Ran, Ketuvot, on Rif 2a); and (3) an act that demarcates and designates the couple (or the woman) as married, i.e., a form of communal recognition of their status (see Tosafot Yoma 13b, s.v. li’hadah¸ and Mordechai Ketuvot 132). Of course, a fourth model is possible, which would combine 1 and 2, and require entering the husband’s house in privacy (there are those who see this as Rambam’s position), or a possibility of combining all three models (this seems to be the position of some Geonim, see Ittur, Birkhat Chatanim).

Now, the first model is clearly built on the fact that according to the Torah, sex effects nissuin, and sees the case of yichud as designating that reality of married life – the sexual relationship. The second model, in contrast, is built on the Torah’s use of the term bayit, household (this is stated explicitly in Ran), and sees chuppah as designating the second reality of married life – the building of a household and the shared economic commitment. The third model works on a separate plane altogether, and relates more to the communal recognition of the couple as a married couple.

Although the first two models, yichud and bayit, would both require some sort of a room for chuppah, there remain a number of possible halakhic differences between the two. According to the yichud model, (a) the groom does not need to own the room; (b) the room must be private; (c) the construction of the room only matters insofar as it affords or does not afford privacy; (d) there would probably be a minimum amount of time required for them to be in privacy, enough time to allow them to have sex (shiur biah), although possibly not (since it would be defined as yichud immediately); and (e) if the woman were a niddah, and sex was not possible, chuppah would not be effective.

According to the bayit model, in contrast, (a) the groom probably should own the chuppah (although it might suffice if it has been loaned to him or designated for this purpose); (b) the room does not have to be private, and thus our chuppah might suffice; (c) the room might need to be constructed like a bayit (e..g, chuppah poles would need to be on the ground, the chuppah might need to be constructed like a halakhic roof, or with a tzurat ha’petach, etc.); (d) no minimum amount of time would be required; (e) a chuppat niddah would work.

It is unclear whether our current chuppah, the canopy, is based on the bayit model, or whether it is based on the third model, that of public designation (see Even Ha’Ezer 55:1, and commentators ad. loc., who state that we attempt to do all three models). I tend to see our current chuppah as the third model, and thus do not make demands regarding its construction and ownership. At the same time, I try to ensure that the yichud afterwards satisfies both the yichud model and the bayit model, and thus demand that the chatan personally rent the yichud room. Interestingly, while Sefardim in general rule like Rambam, they do not have the practice of doing yichud at the wedding, although Rav Ovadya Yosef has tried to change this (see Yabia Omer, EH 5:8).

The final relevant issue is whether there is a need for witnesses for the chuppah (or – as is our practice – for the yichud). This is debated in the Achronim, with most assuming that there is no such need. There is good reason to assume that witnesses would not be required. In the first place, the halakhic implications of nissuin relate to the couple, not the outside world, so there is less need for public recognition for it to be effectuated. More significantly, nissuin is properly seen as the natural actualization of the formal and prior act of kiddushin. It comes about by the lived reality of the marriage, not by a new, halakhic act. As such, it happens naturally – it is a mitziyut, a real-world fact, and not a ma’aseh kinyan, a formal halakhic act (and thus cannot be done by a shaliach). As such, it does not require the formalization of witnesses. However, the model that chuppah is an act of designating the couple as married, does suggest an element of communal recognition, and might call for witnesses. Ironically, it is our practice to have witnesses for the yichud, which represents the lived reality, and not for the chuppah itself, which follows more the model of communal recognition.

By combining all there models, as is our practice, we demonstrate that as the couple moves from the formal reality of marriage into its lived reality, they are beginning a married life together that combines the personal and financial realities of that new relationship, and one that will take place in the context of the Jewish community. It is being a part of the Jewish community, being boneh bayit ne’eman bi’Yisrael, building a trustworthy house in Israel, in the community, that is reflected in the sheva brakhot. 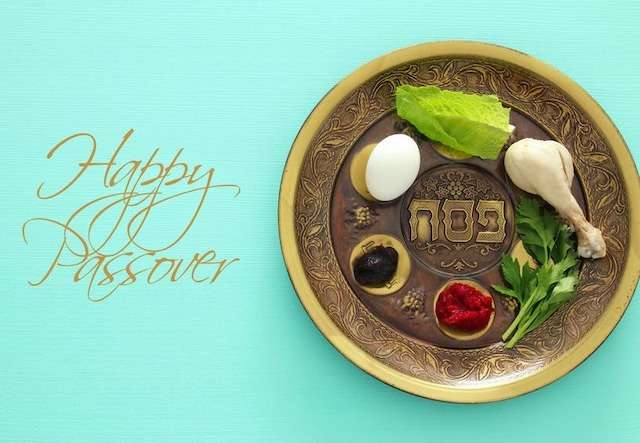 May 2nd, 2021
Being Mesadeir Kiddushin for Saturday Night Wedding for a Non-Shomeir Shabbat Couple

May 7th, 2020
Accepting the Mitzvot as a Convert: Does it Matter What You’re Really Thinking?

Accepting the Mitzvot as a Convert: Does it Matter What You’re Really Thinking?