Kvod Ha-Rav,
I teach Gmara (Psachim) to a group of women. We plan to make a siyum that we would like to set Erev Pesach. Can the men who will attend consider this siyum as ‘סיום בכורות’ (the siyum of the firstborn) instead of fasting ?

What is the earliest time for the first cup for the start of the seder?

The only reason not to start earlier than tzeit is the Terumat HaDeshen (137) – then paskened by the Shulchan Aruch OC 472:1 – who holds that just as matzah can only be at (full) […]

Halakhic Status of Bread Made With Both Wheat and Almond Flour

A bread made with mostly rice flour but some wheat flour would be HaMotzi if you could taste the wheat. What about if instead it were made with almond flour? Would the same taste rule apply or would you need rov?

A very relevant question for those who are gluten intolerant. So how do they make HaMotzi or eat matzah? One answer is to use oats, which is one of the 5 species of grain. However, from what I have heard, it is very hard to eat bread that is completely made out of oats. (Also, from an academic perspective, it is questionable if oats […]

What is the Rosh Yeshiva’s position on ordering chameitz from Amazon/online grocery/etc. during Chol HaMoed?

Totally אסור. You will own חמץ on Pesach even if not yet in your possession. The only way it can be okay is if the purchase doesn’t take effect until the food is delivered. I am assuming that is the case but it should be checked out. They certainly take your money up front. Let’s say they never deliver – do you ask for a refund or do they say that the order never went through? It is true that your item won’t be selected from […]

Getting a Haircut on Chol HaMoed

Chag Sameach! Mo’adim LeSimchah! Suppose someone had been working 80-100 hours a weeks as a doctor leading up to Friday night coming into Shabbat and was unable to get a haircut in advance of Yom Tov. His vacation starts Friday night before chag and lasts for the duration of Pesach. Does this level of involvement in one’s job qualify as הבא ממנידת הים שיצא לסחורה vis-a-vis permitting a haircut during Chol HaMoed when the person is off work for vacation in advance of Yom Tov HaAcharon shel Pesach?

Yes, there is no question that he can. There is no reason […] 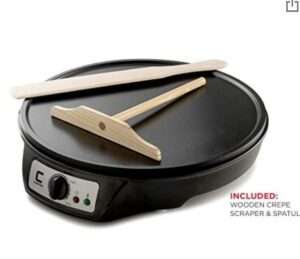 There are, however, poskim who rule that libun chamor is the same as the hottest temperature the object got to. According to this you […]

Use of Hamster Food on Pesach

Can I use hamster food (a seed mix that has raw wheat, oats, barley, rye spelt) like this for Pesach?

Why should it be okay? We cannot assume that they didn’t use water. The only question would be if it were fit to be eaten by humans (ignoring the “gross” factor because they know it is hamster food). If it were never fit for humans, then it is chameitz nukshah, so one does not transgress de’orayta of bal yera’eh, but it is still assur derabanan to keep. See Mishnah Berurah 442:2. If it is not fit for achilat kelev, […]

Rav Linzer, can you weigh in on why (or why not) sesame seeds and mustard seeds are kitniyot?

It is hard if not impossible to nail down a definition of what type of produce is included in kitniyot. Rav Moshe Feinstein (Iggrot Moshe OC 3:63) acknowledged that the two reasons given for the prohibition of kitniyot, (1) that these foods can be used to make flour and, (2) that wheat and barley often get mixed in with these foods, do not explain the list of what is included and excluded. There are foods that fit into one of these categories, such […]

An Ashkenazi woman discovered a Pesach recipe that belonged to her grandmother. One ingredient is peanut oil. Is she entitled to return to that prior Minhag of her family?

See Rav Moshe (Iggrot Moshe OC 3:63), who allows peanuts for those that don’t have a practice otherwise. He specifically mentions at the end that he has seen that they give a kosher-li-Pesach hekhsher on peanut oil. OU states that only “some” have the practice to not use peanut oil, see here.

Rav Linzer, If one is using egg matzah for lechem mishnah for Shabbat/Erev Pesach, can it be eaten after the point that one can no longer eat chameitz? Also, does one need to avoid putting egg matzah in hot soup (keli shelishi) on Shabbat Erev Pesach, if it’s in Pesach keilim?

The Shulchan Arukh (OC 462:1-2) writes that matzah ashirah can be eaten on Pesach, but only when no water was used, as that creates a chameitz concern. Rema OC 462:4 says that our Minhag is not to eat it even without water unless in a case of choleh or similar sha’at hadechak. The Shulchan Arukh OC 471:2 rules that […]